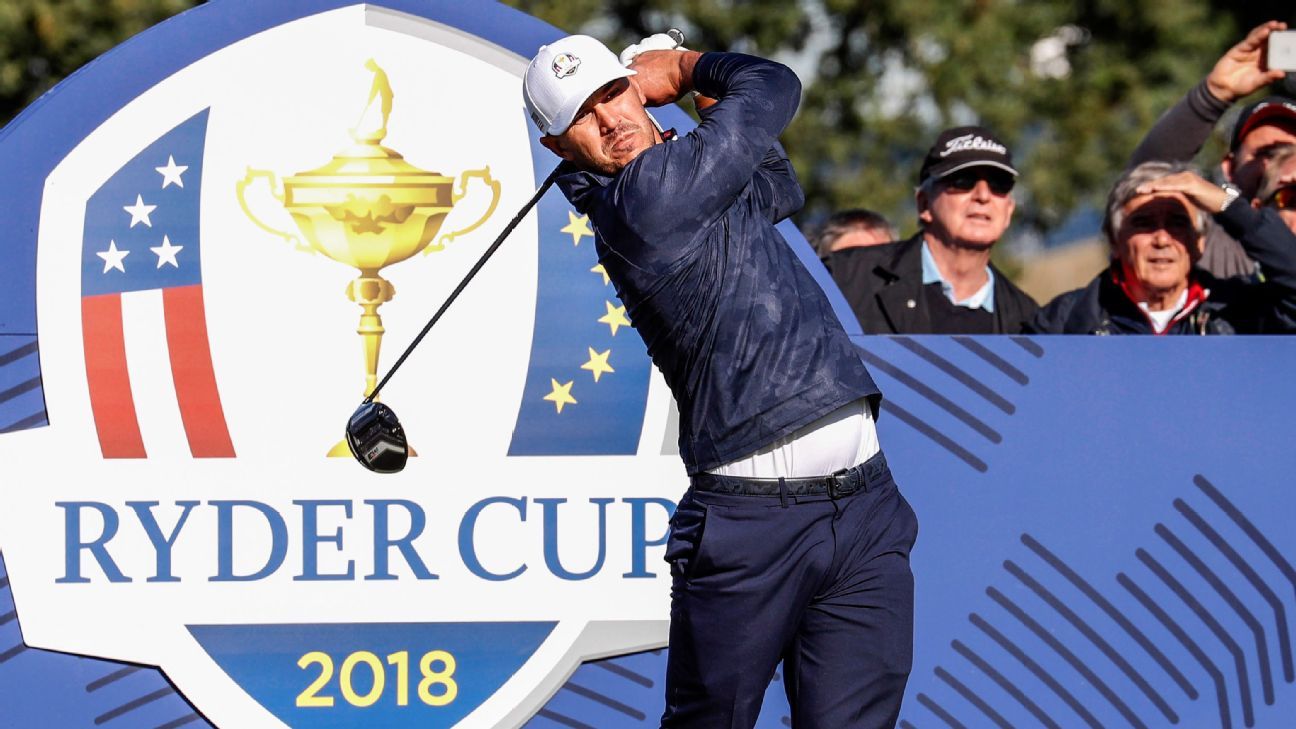 KIAWAH ISLAND, S.C. — The PGA of America has seen two of its greatest properties impacted by the coronavirus pandemic, but is ready to get back to normal in September at the Ryder Cup.

PGA CEO Seth Waugh on Tuesday said he expected a “full fan experience” when the event is played Sept. 24-26 at Whistling Straits near Kohler, Wisconsin.

“We worked with the industry last year to postpone it for a year,” Waugh said during a news conference at the Ocean Course, where the PGA Championship begins Thursday.

“We have every hope and every desire and we’re working very hard to make it an absolute full fan experience. We’re working obviously with the state and local governments to have all those conversations. It’ll be fluid. But our plan is to have a Ryder Cup in a way that it’s the greatest Ryder Cup in history. I think the world, as we’ve seen, is ready to have a party.”

Like nearly all golf events following the coronavirus shutdown, the PGA of America’s championship took a hit in terms of what was allowed.

Last year’s PGA Championship, won by Collin Morikawa, was played without spectators at Harding Park in San Francisco. The Ryder Cup, scheduled for last September, was moved to this year, setting back the Ryder Cup and Presidents Cup calendar by a year.

This year’s PGA on Kiawah Island will have an announced capacity of 10,000 spectators a day, but given the recent easing of mask restrictions along with vaccinations, there are expected to be more people on site.

The Ryder Cup, typically the most raucous event in golf, with upward of 30,000 to 40,000 spectators on site per day — and a huge moneymaker for the PGA and the European Tour — will welcome the noise, if possible.

“We’re hopeful that September will be one of the great events in golf and a great sort of exclamation point to the end of this thing. We think it’s all going to happen fast from here, certainly from a U.S. perspective. I realize the world still has a lot of challenges out there, but from a U.S. perspective we’re really hopeful we’ll be able to pull it off.”